about the Python programming language

about the Python programming language 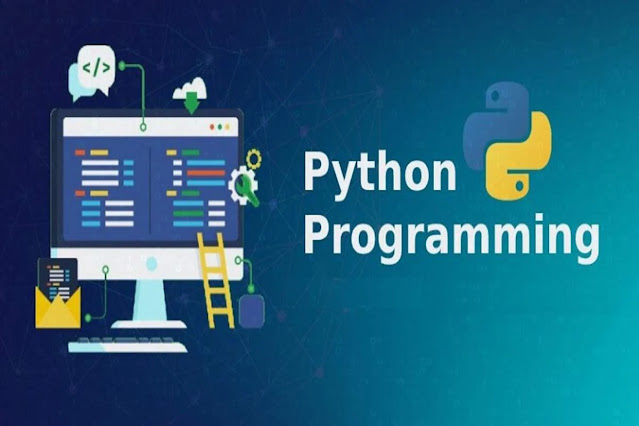 Python is an open source programming language for designing and creating websites and mobile applications that anyone can use, and learning it is a great starting point for beginners in programming. In this article we are going to see what exactly Python is, what its uses are, for whom it is suitable, what are the advantages of learning it, what are its disadvantages and how should we start learning it?

What is Python and what is it used for?

Python is a general-purpose programming language and, unlike HTML, CSS, and Javascript, can be used to develop web and software for other areas of programming.

Python can be used for:

Who is Python suitable for?

In syntax (a set of rules used to define the meaning of various symbols) Python uses English keywords. For this reason, if you are fluent in English, you can easily understand and learn the concepts of this programming language.

As you can see, if you use this programming language to write such a simple phrase, you have to use a lot of complex code; But as you can see in the image below, to write the same phrase using Python, you only need to write the same two words Hello and World !. Of course, any programmer would prefer to use Python.

The benefits of using Python and learning it

There are many benefits to using and learning Python, some of which we will discuss below.
Increasing the probability of finding suitable jobs in the field of programming at different levels
There are currently 69,000 Python-related jobs (if you are fluent in English, you can view a list of these jobs); Because it can be used in different ways and used at different skill levels,
Jobs that you can increase your chances of learning by learning this programming language include jobs related to quality control, jobs related to software engineering at the elementary level, as well as high-paying and high-paying jobs such as jobs related to machine learning and artificial intelligence. And is analyzed
Make a decent income
The average annual income of some Python-related jobs in a country like the United States is as follows:
Sure, $ 80,000 a year for a novice Python developer is amazing.
Startups welcome this programming language
Many startups tend to use Python to do things like create their own website, mobile app, and software; Because they have to do such activities with budgets less than the intended budget and complete them earlier than scheduled. Python efficiency and ease of use reduce the time required to design and build websites and applications, review and test them simultaneously and retrieve them. In addition, if you use this programming language, return on investment is guaranteed.
Short time required for learning
Python, despite being efficient and powerful, is a simple programming language and only takes 6 to 8 weeks to learn the syncs, keywords, and data types used in it.
Free trial courses
The Python Software Foundation, a non-profit organization dedicated to this programming language, has made the training available for free on its websites. This course is suitable for people who are completely unfamiliar with programming, and for beginners in the field of Python and familiar with the basics of this programming language is a good option.
If you want to access more educational content about this programming language, you can visit learnpython.org and python-guide.org. In addition, the training software of the Python Software Foundation has been created. If you are reading a book to learn more, we suggest you read the free book Think Python: How to think like a computer scientist .
Enjoy the programming community
As we said, Python is an open source language and any user can use it and change its plugins or even create a new plugin for it. The open source nature of a programming language allows the use of libraries, frameworks, and other tools that keep the programming language relevant over time and adapt to changing circumstances.
Of course, the potential of open source programming languages ​​is discovered when a community of users using that language is created and users share their experiences and opinions with others.
The Python Software Foundation has created a dedicated page for the community of users of this programming language , and on its website, several links have been created for different groups of Python users and their forums, by entering which you can use the recommendations and experiences of users of this programming language.
High popularity and versatility
Although Python is not the best programming language; But according to The Economist, this programming language and JavaScript are becoming the most popular programming languages ​​in the world, and it is worth the time and money to learn them. It should be noted that the popularity of popular programming languages ​​such as Fortran and Lisp is declining and the popularity of C and C ++ remains constant.
Multipurpose
The versatility of Python makes it a good choice for a variety of applications. That's why tech giants like Google, Facebook, and Instagram use it to build all their apps and projects.
Python code can be used to create applications such as virtual magic 8 ball applications as well as virtual baldness. Developers can do a variety of things using this programming language; So Python can be a great option for all developers with different skill levels
Create perfect coordination between the front and back sections of a website or app
Front End is the part of a website or application that the end user sees, interacts with, and interacts with (Back End). Or an application (such as buying a product) is stored in it.
Using the Python programming language to write instructions for these two sections allows for a complete connection between them and works perfectly in harmony with each other. If you want to improve your skills in areas related to fronts and bad, and you can also update and change the sites you can get help from Python.

Existing plugins and frameworks for Python

Working with many programming languages ​​is difficult and tedious because of their complexity; But the presence of plugins and ready-made frameworks for Python make it very easy to use and make it an efficient language.
Fortunately, standard libraries and pre-made modules (Python code generator files) are now efficiently developed for this programming language. For this reason, there is no need for developers to do the processing necessary to create these tools, and this reduces the time required to design and build a website or application, as well as creating a more integrated and organized code.
There is a lot of emphasis on legibility in Python. For this reason, in this language, instead of using symbols, more attention has been paid to the use of English keywords. As a result, it is easier to maintain and update software, websites, and applications using it.

Existence of plugins for all needs

Python has created various libraries and frameworks to meet all coding needs. Popular and well-known Python frameworks like Django have been created to increase its efficiency in website and application design. The PyQt framework is also designed to create graphical user interfaces (using icons and other graphical elements on the screen to process user commands and execute them) using Python.

One of the annoying things about using different programming languages ​​is the need to do repetitive, time-consuming, technology-related tasks such as copying different files, dragging files to different environments, renaming them, and moving files to servers. Doing these tedious tasks takes a long time and takes a long time to complete the processes needed to create the final output.
Python's ability to write instructions has made it possible to create various programs using this programming language to perform simple tasks automatically. This advantage is a great incentive to learn Python.
Increase the chances of being employed in new technology jobs
If you are completely proficient in Python, you can now and in the future work in areas such as data analysis, machine learning and artificial intelligence in very lucrative and attractive jobs.

This programming language, in addition to all its many advantages, also has the following disadvantages:

Among the similar or alternative programming languages ​​for Python are:

JavaScript: This is not a Python-like programming language; But it can be replaced and used for similar purposes and applications.
What is Python?
Python is an open source programming language for designing and creating websites and mobile applications that anyone can use, and learning it is a great starting point for beginners in programming.
What are the uses of Python?
Python can be used in areas such as web site development and mobile applications, software engineering, and data analytics. Beginners in the field of programming are advised to choose this programming language as the first language they want to learn.
What is Python used for?
If you have a good command of this programming language, you can work in quality control-related jobs, software-related jobs at the elementary level, as well as high-paying, high-paying jobs such as machine learning, artificial intelligence, and data analytics. .
Edit This Article
Tags TOP SITES